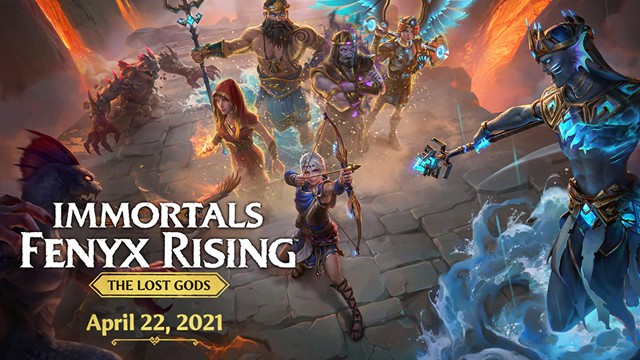 Ubisoft has announced that Immortals Fenyx Rising's third narrative DLC The Lost Gods will release for the game next week, on April 22.

This latest chapter shakes things up again for the mythology-based adventure, with this pack offering an overhead "gods eye perspective" in a manner not too dissimilar from action RPGs like Diablo as you play as new character Ash. You'll have to find and reunite the Lost Gods of the title including Poseidon and Hades and work together to restore balance to the world.

Immortals Fenyx Rising has certainly tried some interesting stuff with its DLC, with the first offering A New God perhaps being the most traditional followed by the Eastern themed Myths of the Eastern Realm pack last month.

Like those two, The Lost Gods will be available individually as well as in the game's season pass in Immortals Fenyx Rising on Xbox Series X|S, Xbox One, PlayStation 5, PlayStation 4, Nintendo Switch, Google Stadia and PC on April 22.