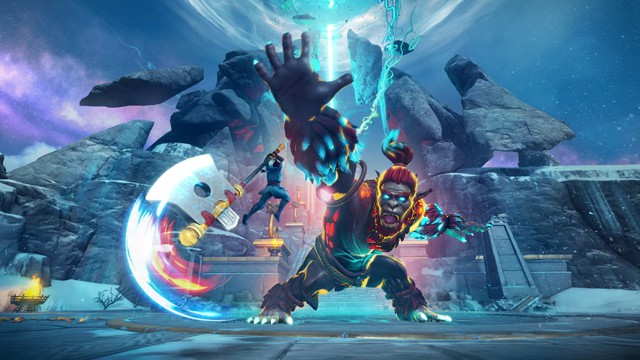 Ubisoft has launched the second DLC for mythological adventure Immortals Fenyx Rising with the Myths of the Eastern Realm DLC bringing along a new hero and an entirely new mini-campaign set in Chinese Mythology.

Playing as Ku, you're the last remaining human tasked to help Chinese goddess Nuwa pull back the world from the brink of destruction by venturing across the two legendary realms of verdant paradise Peng Lai and the mountainous rocky environment of Bu Zhou which also happens to be the home of a mountain that's a key conduit between Heaven and Earth.

Along the way you'll be enlisting help from plenty of other figures from Chinese Mythology including Gong Gong, the last descendant of a clan of exiled gods as well as, naturally, dragons. Ku is also adept at martial arts with his own combat style and weapons that include the Blades of Huang Di and the Axe of Yan Di. Completing the DLC will also unlock appropriately-themed gear that can be transferred over to the main game as cosmetics.

You can check out the launch trailer for the new Myths of the Eastern Realm expansion below which is available either as a separate purchase or as part of the Season Pass for Immortals Fenyx Rising from today on Xbox Series X|S, Xbox One, PlayStation 5, PlayStation 4, Nintendo Switch, Google Stadia and PC.