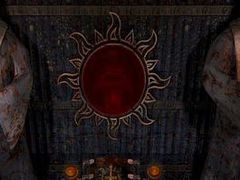 Classic RPG Icewind Dale may get revamped if Baldur’s Gate Enhanced Edition is a success, Beamdog has announced.

Fans of the game have regularly asked the team for a modernised take on Icewind Dale, Beamdog boss Trent Oster acknowledged on his Twitter account.

“The topic of Icewind Dale has come up a number of times. We are interested, but first we need [Baldur’s Gate Extended Edition] to succeed.”

The title was originally released in 2000 by Black Isle Studios.

Oster added that EA isn’t currently interested in any Ultima series revival, however a full Baldur’s Gate sequel is on the cards.

“If we were to do a [Baldur’s Gate 3] we would probably develop a new engine and tool path,” he stated.

“Any project we do will be isometric. Iso makes tactical gameplay possible.”

Baldur’s Gate Enhanced Edition is scheduled to release on Mac, PC, and iPad in late summer.