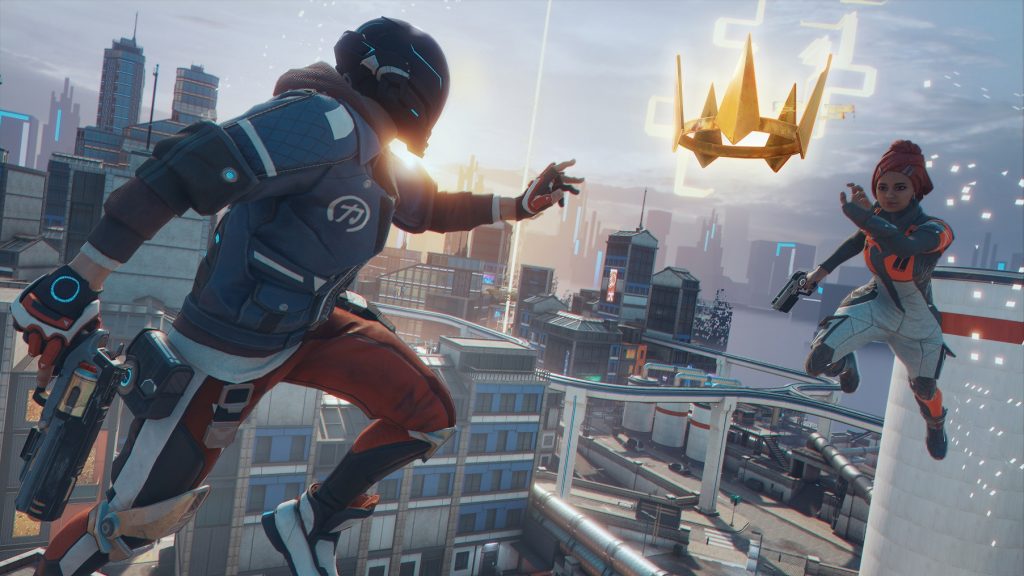 Ubisoft Montreal has released a trailer for Season Two of its free-to-play battle royale game Hyper Scape, showing off the raft new content coming to the game when it launches next week.

Known as 'The Aftermath' the new Season will be headed up by the new Atrax weapon; a sticky grenade launcher who's ammo detonates after a set time. The new hack known as 'Platform' arrives mid-season, and allows you to deploy a floating platform on the map for you to utilise for a limited time.

New game modes this season include Crown Rush Duo mode and The Floor is Lava, with Crown Rush, Faction War and Turbo Mode all returning from last season with more set to be revealed as the season goes on. Finally, Season Two will also see a new ranking system allowing players the chance to see where they stack against other players in Crown Rush Squad mode.

Ubisoft has also revealed in a developer update post that it intends to somewhat rework the game after looking at how the game's been played so far, including finding that thetitle is a little difficult for new players to get on board. To that end, the development team has been restructured into a "cell-based format" which they cite the Rainbow Six: Siege team as making a similar move to great success. Furthermore, they're also deciding to bring a planned cross-play feature forward so it should arrive earlier than originally planned in order to address current issues regarding lobby sizes.

Hyper Scape Season Two is expected to land for Hyper Scape on October 6 on PC, Xbox One and PlayStation 4. Check out a trailer for the new season below.