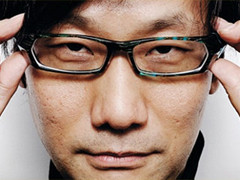 Metal Gear Solid director Hideo Kojima is to leave Konami after work on this September’s Metal Gear Solid 5: The Phantom Pain is completed, an unnamed source within Kojima Productions has alleged.

Speaking to GameSpot, the source is reported to have revealed that a “fallout” between Kojima Productions and parent company Konami has led to communications being restricted at the studio, with senior staff said to have had access to “corporate internet, emails and phone” removed.

The report also claims that Konami has amended “the employee status of its Metal Gear team”, with some senior staff, including Kojima, now said to be working at the studio as contractors rather than permanent employees.

The “power struggle” means that Kojima and other key developers at Kojima Productions will reportedly only have “limited opportunities” to promote The Phantom Pain ahead of its release.

“After we finish MGSV, Mr. Kojima and upper management will leave Konami,” the source told the site. “They said their contract ends in December.”

They later added: “At a team meeting, Mr Kojima explained that team have to be one and make a good game for fans.”

The extraordinary account follows hours after it was discovered that Konami had begun stripping Kojima’s name and the Kojima Productions logo from Metal Gear Solid branding.

Konami, meanwhile, claims that Kojima will “continue to develop and support Metal Gear products”, but has so far refused to comment on concerns over his name being removed from the series’ branding.

“As we have already announced, we are shifting our production structure to a headquarters-controlled system, in order to establish a steadfast operating base capable of responding to the rapid market changes that surround our digital entertainment business,” Konami said in a statement provided to VideoGamer.com earlier today. “Konami Digital Entertainment (including Mr. Kojima), will continue to develop and support Metal Gear products. Please look forward to future announcements.”

Konami has yet to respond to GameSpot’s report. Hideo Kojima has yet to comment.