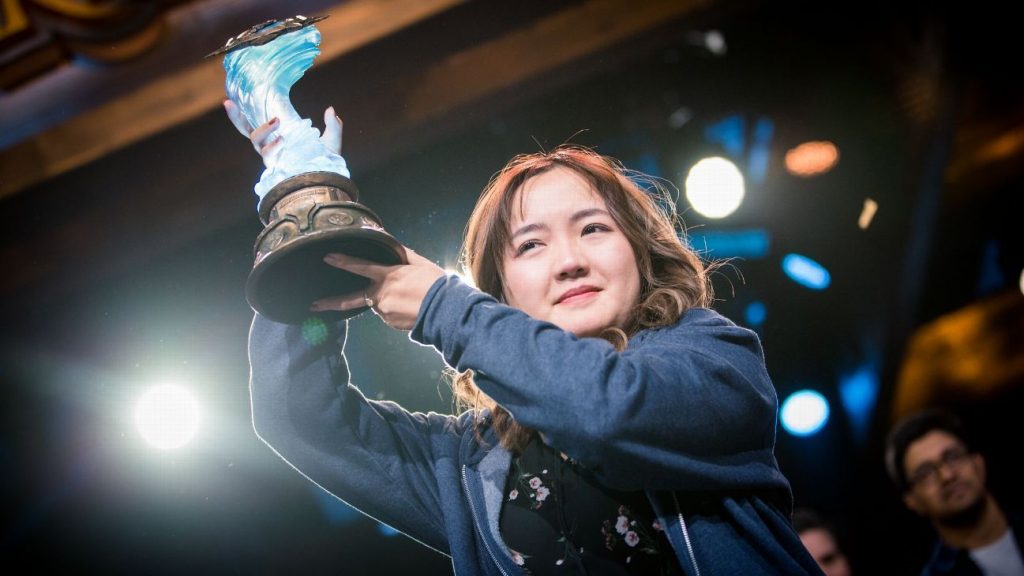 Liooon trounced Brian ‘bloodyface’ Eason 3-0 in the Hearthstone Grandmasters 2019 Global Finals on Saturday at BlizzCon. Using her Highlander Hunter, she flattened his Quest Druid in the third round, securing victory in the best-of-five series. She received $200,000 in prize money and encouraged women to reach for the stars in the competitive scene.

‘I want to say for all the girls out there who have a dream for esports competition, for glory, if you want to do it and you believe in yourself, you should just forget your gender and go for it,’ she said in her post-match interview. This is an exceptionally important moment in esports, as professional gaming is a difficult space for female players to break into and succeed. No matter how talented they are, women experience harassment based on their gender, voice and appearance, and are thereby discouraged to take their career further.

That is why an achievement like Liooon’s is so significant, and symbolises a step forward and away from the toxicity that is generated in some competitive gaming scenes. For example, Shanghai Dragons player Se-yeon ‘Geguri’ Kim was accused of hacking in competitive Overwatch matches because her Zarya play was so good. When it was proved she did not use an aimbot, many of the naysayers quit the professional scene. This year, Geguri was mentioned in Time’s ‘Next Generation Leaders’ alongside climate activist Greta Thunberg, actress Tessa Thompson, and medical engineer Brian Gitta.

Once more, congratulations to Liooon!