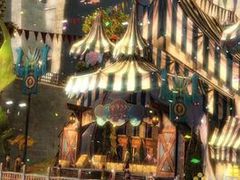 ArenaNet has dedicated the third week of September to Guild Wars 2’s Asura race, and has planned to provide users with new information about the race every day between September 12 and September 16.

The developers will be adding new videos, blog posts, and artworks regarding the Asura to the official ArenaNet blog, VG247 has reported.

September 12 will begin with an Asura character design blog post by concept artist Matthew Barrett and a short story from Jeff Grubb.

September 13 will continue on with an Asura environmental design blog by Matthew Barrett and an advice column featuring “smart Asura answers to stupid questions”.

September 15 will have lead animator Heron Prior blogging about Asura animation, with video example, as well as an update to the Asura web page with new lore by Jeff Grubb, screenshots, wallpaper, and a new feature video.

September 16 will finally end with a narrative-related blog post by Ree Soesbee regarding the fictional world of the Asura.