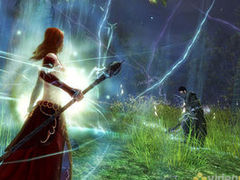 Reports of account hacking in the final version of Guild Wars 2 came to light over the weekend after a number of players took to various online forums to report concerns that their account appeared to have been compromised.

Some noted that in-game items had gone missing, while others reported that they had been locked out of the game altogether.

VideoGamer.com’s own Matt Nellis also reported problems after receiving two emails alleging to be from ArenaNet suggesting that an unauthorised third party had attempted to reset the password to his account.

In response to enquiries, ArenaNet confirmed on Reddit that some users’ accounts had been hacked.

“You are correct, your account was hacked,” ArenaNet’s support team told one user asking why his account had been banned. “Thank you for submitting a ticket — that will expedite the process! (And I’m sorry that happened to you.)”

“Thanks for your patience. I looked it up and darn it, it appears the account was hacked,” ArenaNet told another.

After confirming that multiple user accounts had been hacked, ArenaNet speculated that accounts were being accessed by gold sellers.

“I think you may have had your account hacked by a gold seller,” ArenaNet replied to another Reddit user. “As you can tell, we’re nabbing them as quickly as we can. So please contact Support and they’ll give you a hand in getting this account back.”

Multiple other users on the site had also been affected by hacking, the firm confirmed.

The problem wasn’t just restricted to select Reddit users, however. Reports of hacking were also posted by users across multiple forums.

One player, posting on Guild Wars 2 fansite GW2Guru, even claimed that hackers had stolen “over $150 from [his] bank account cause [he] linked [his] card to the account”.

It is not yet known how widespread the hacking problem is.

In response to confirmation that some accounts had been hacked, one Reddit user said, “It’s scary that so many people are getting their accounts hacked this early by gold sellers”.

Some, however, suggested that the accounts may not have been hacked, but that those affected had been the victims of password phishing.

“It is VERY likely they aren’t getting “hacked”,” said a Reddit user. “Instead, the victims had a keylogger on their system prior to GW2, and the “hackers” are parsing the info for GW2 accounts.”

ArenaNet says that “the most common way that accounts are hacked is when a player uses the same password on multiple accounts. When the database on [this fansite] or [that forum] or [that email account] gets stolen, an RMT company has passwords in hand and they ping them against popular games hoping to steal accounts.”

To minimise the risk of being hacked, ArenaNet advises players to “change [their] password to something very complex and something that [they] use only for Guild Wars and nothing else”.

Guild Wars 2 publisher NCsoft told VideoGamer.com this evening that it was “aware that emails requesting a password change have been sent to players without their having requested them”.

“As always we encourage our gamers to be vigilant on receiving emails related to game accounts. Anyone with concerns should not click links within these emails but can change their password via the official support site: http://en.support.guildwars2.com/app/answers/detail/a_id/8987.

“As with all NCsoft online services, security remains a priority.”