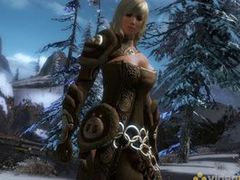 Guild Wars will continue running despite the impending arrival of its stand-alone sequel Guild Wars 2.

Speaking to VideoGamer.com about whether the studio had any incentive to keep the original Guild Wars running when the sequel launched, ArenaNet’s global brand director Chris Lye stated:

“The only incentive we need is to have an active player base. Guild Wars is a very cost effective game to support and because there is no active cost to maintain both a Guild Wars and Guild Wars 2 account. We could see a lot of players keeping both.”

Other games haven’t been so lucky. Recently it was announced that Star Wars Galaxies would be closing largely due to the presence of incoming BioWare MMO Star Wars: The Old Republic.

Click here for our full interview with ArenaNet’s Chris Lye.