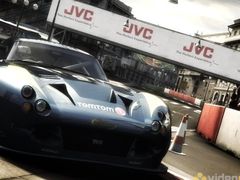 Grid 2 spotted on a handful of LinkedIn profiles

It appears that Codemasters is hard at work on Grid 2, a sequel to 2008’s successful street racing title.

Back in 2010 Codemasters pretty much confirmed the game was in development, but any doubt about its status appears to have been put to rest with the LinkedIn listings.