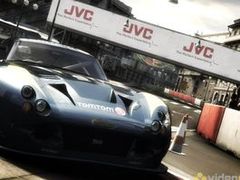 Grid 2 has been teased in a trailer released by Codemasters, with further details promised for next week.

The first Grid arrived on consoles and PC in the summer of 2008, replacing the publisher’s long-running TOCA series.

Since Grid’s debut Codemasters has been busy churning out DiRT and F1 titles, so it’s about time we got a new street racer.