Go wild because ‘The Borderlands are Yours’ in new trailer 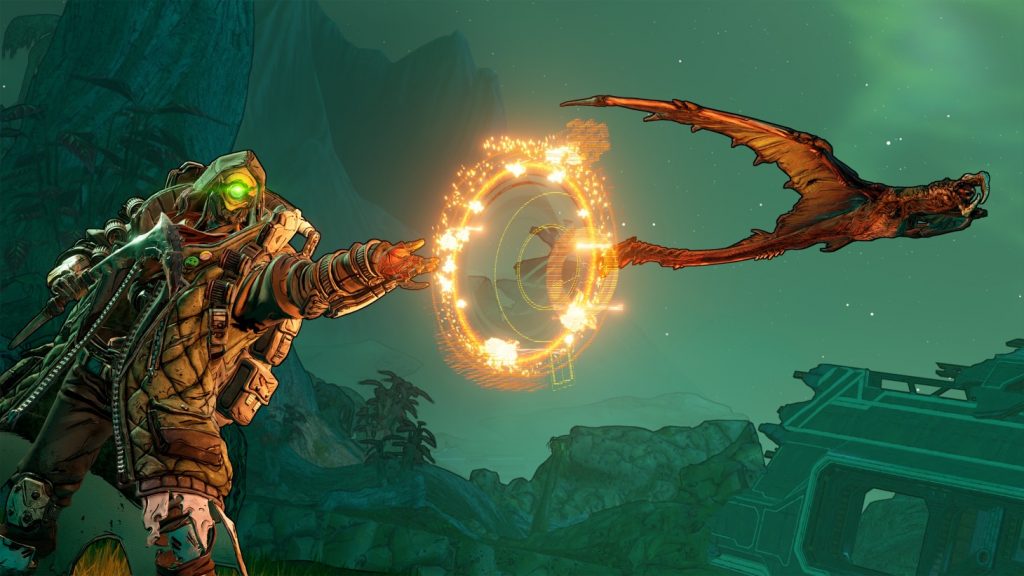 Gearbox and 2K Games have published a new trailer for Borderlands 3, and it says that the Borderlands are yours. Get you.

The trailer rattles off some need to know info for the third game, so buckle up. The Cultists are evil. These fanatics are the Children of Vault, who seem to be very what you see is what you get. They’re powering up a big purple laser in the video, so although wild, they’ve got a head or two for the STEM subjects. The cult is led by the nefariously fashionable Calypso Twins.

The Calypso Twins are asshats. Tyreen is a Siren, and her brother Troy has no shirt but one long mechanical arm. Talk about priorities, am I right? But a deficient wardrobe is the last thing on his mind as four metaphorical spanners are about to be thrown into the works. The Vault Hunters are badass.

Amara the Siren, Fl4k the Beastmaster, Moze the Gunner and Zane the Operative are the new quartet of playable Vault Hunters. They’ll be foiling the Twins plans across the galaxy, however, a helping hand or gun with little legs wouldn’t be remiss. The loot is obscene. Borderlands has broken records before with the sheer number of possible peashooters, and the third game is definitely following the mantra of ‘bigger is better’. Even the enemies are supersized. The baddies are bloodthirsty.

Familiar fanged faces are back in Borderlands 3, but there is fresh meat too. One monster in the trailer looks like it will make life very difficult indeed, with hulking arms and spikes. And what’s the deal with Maliwan? It seems to be assailing planets like it’s going out of business; perhaps it is, and the weapons manufacturer is taking an aggressive marketing approach.

All this and more awaits players in Gearbox and 2K’s next game. Rich got to play a few hours of solo and co-op Borderlands 3, and I think he’s going to start the Moze Fan Club, so you should send in your membership applications shortly. Here’s what he had to say about the upcoming looter-shooter.