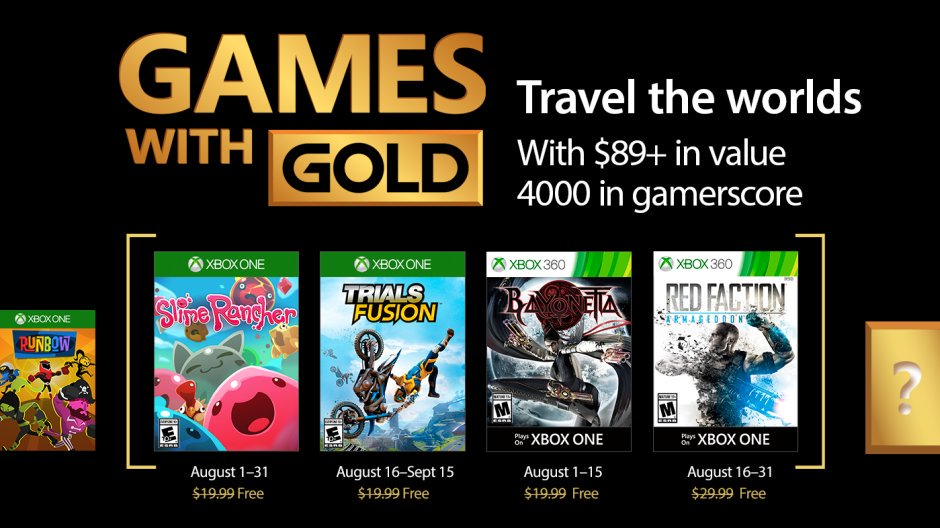 Get Bayonetta free with August’s Games with Gold

Microsoft has confirmed what’ll be included in August’s Games with Gold promotion. Pick of the bunch is undoubtedly the universally acclaimed Bayonetta. The Xbox 360 title will become backwards compatible and free to download for Xbox Live subscribers from August 1-15. Dive on in.

Also included in August’s GWG is Xbox One game Trials Fusion. The well received platform racer will be free to download from August 16 to September 15.

Next up we have the Xbox 360 third-person shooter, Red Faction: Armageddon. This title will be available from August 16-31.

Some great offerings this month on GWG. I’m not sure about you but Bayonetta is definitely the one I’ll be waiting for. Trials Fusion is also a pretty decent game, so definitely give that one a whirl.