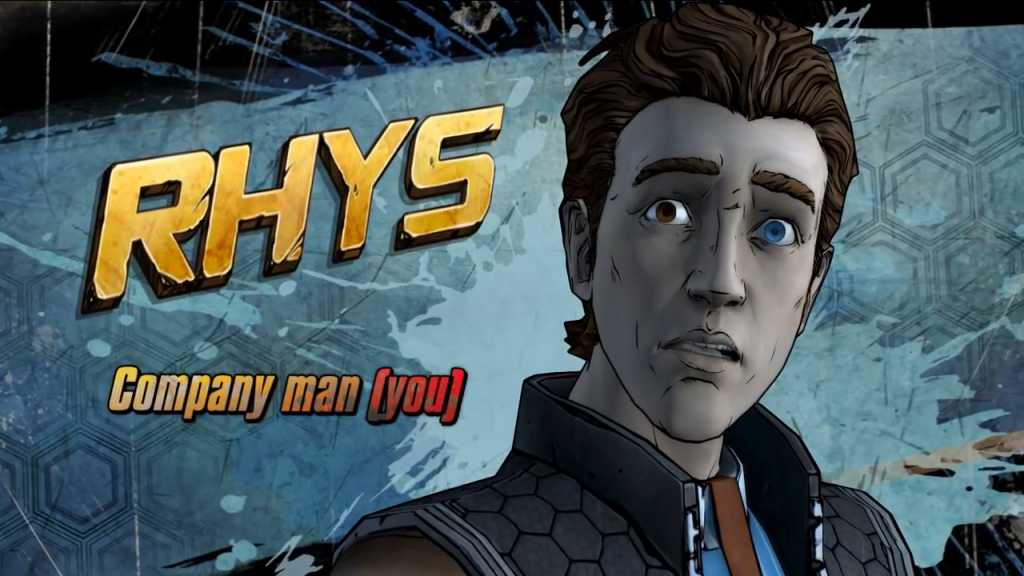 Updated on October 1, 2019 by Imogen Donovan

‘You’ll have to ask Troy,’ Pitchford told a fan. ‘I was told by the audio director that he turned it down. Fortunately, with how Rhys appears in the game, I don’t think it actually matters at all. You’ll see for yourself when the game comes out and you may disagree with me on that or not.’ But, at Supanova Melbourne, Baker stated that Gearbox had chosen a different actor to voice Rhys despite the fact that he had expressed interest to return as Rhys.

'If Gearbox decides that they’ll let me do it, that’ll be awesome,' he said in response to a fan’s query. 'I have no idea. There was a possibility that I was gonna be in it, then I saw that epic, epic trailer, and everyone’s like "oh my God, there’s Rhys!" And I went, "well, there we go.".' Then, in a chat with VG247, Baker stated that the reason why he didn’t come back to Borderlands 3 is that Gearbox ‘wouldn’t go union.’

He clarified that he ‘never said no’, but that Gearbox had ‘made it impossible for [him] to do the role’. ‘They were like, “Do you want to do this?” And I said, “Yes”,’ Baker explained. ‘They never, because they would never move from that position. I’m not mad. It’s invariably a completely different character, but it still stings.’

Now, the labour union that Baker referred to has weighed in on the story. In its statement to Kotaku, SAG-AFTRA said that it approached Gearbox with a union agreement, but the developer ‘refused and disengaged’. It described this as a ‘misguided decision’ that negated the possibility of ‘fair union wages, a safe workplace and the possibility of health care coverage for their families’ for Gearbox performers.

‘We applaud any member who stands up for workplace fairness and the integrity of their creative work. It is a courageous decision to act in the best interests of one’s fellow SAG-AFTRA members and this honors all working people,’ the spokesperson explained.

Gearbox has also responded to Baker’s claims, also supplied to Kotaku. The developer does not refute the actor’s statements, but it pointed out that it adhered to Texas labour laws with regards to union status. ‘Troy is an exceptional talent and we were disappointed that he declined to partner on Borderlands 3 after being offered the part,’ it read. ‘We wish him the best and hope he knows the offer to collaborate with him still stands.’

‘Gearbox is a Texas company and is bound by Texas law – which means that a person cannot be denied employment because of membership or non-membership in a labor union or other labor organization,’ the developer communicated.

Gearbox mentioned that it ‘enthusiastically works to ensure our pay and working conditions meet or exceed union standards’, and concluded with a tongue-in-cheek comment concerning Baker. ‘We also believe strongly in hiring local voice actors whenever we can,’ it said, ‘which is why we’re thrilled Troy’s career really took off after working with us.’

Borderlands 3 is out now on PlayStation 4, PC, and Xbox One.