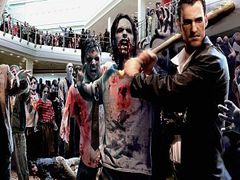 Given his presence in Tatsunoko vs Capcom, you’d be forgiven for thinking that Dead Rising’s Frank West was a shoe-in for Marvel vs Capcom 3, but that’s not the case. Producer Ryota Niitsuma has explained that Frank was cut from the game’s roster at a late stage, despite the work that had already been put into his character.

“As for Frank West, he was actually in the process quite deep, and in one of our high quality CG trailers he was actually part of it,” Niitsuma told VideoGamer.com at the end of last week. “But we’ve taken him out, due to the fact that we’ve foreseen some extra work involved, just from the nature of his moves. We felt we could direct our resources to better use, so we’ve taken Frank out.”

Another Capcom favourite who hasn’t made the line-up is plucky lawyer Phoenix Wright. But while Wright may not be naturally suited to the fighting genre, Niitsuma seems happy to consider his future inclusion – provided that MvC3 gains a following.

“Phoenix Wright is obviously a famous franchise – especially in Europe, actually. It would be interesting to see him, although he distinctively lacks the number of moves he might have [in a fighting game]. But if Marvel vs. Capcom 3 does well, he’s definitely up on the list as one of the characters to add, given the chance.”

Jill Valentine and Shuma Gorath have already been confirmed as DLC characters, so it’s certainly possible that we might see more if MvC3 sells well.

Frank West is probably the more likely addition, given that work has already been put into him, but Phoenix Wright is still number one on our wishlist.