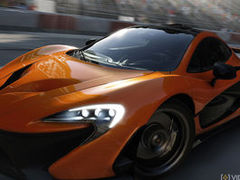 Forza Motorsport 5 will not require players to download a day one update before they can play the game after all, Turn 10 boss Dan Greenawalt has said, despite appearing to state otherwise earlier this week.

Clarifying his comments to IGN, Greenawalt explained that, though the player will be required to connect to the internet at least once in order to download cars and tracks required to finish the game’s career mode, being forced to connect before you play is “not the plan”.

“In the beginning of the game, the player will be racing against Drivatars that are contained on the disc and were trained by the [Turn 10 development] team,” Greenawalt said.

“While playing, the player will be asked to connect to [Xbox] LIVE in order to download a completely fresh set of player-created Drivatar opponents – it’s not a lot of data, but the download contains enough Drivatars to cover all difficulty settings. Connecting will also download new content – but the vast majority of the launch content is contained on the disc.”

The download contains “additional cars and tracks”, Greenawalt says, and can be downloaded in the background.

“The player won’t be blocked from playing the game” if they choose not to connect to Xbox LIVE, he continues, “but deeper areas in the career mode were designed to utilize these additional cars and tracks.”

Greenawalt adds: “This is similar to what we did on Forza Motorsports in the last generation as well – shipping both free and premium content at launch. In some ways it’s similar to the Disc 2 content in FM4 as well. However, this time (unlike DLC tracks in previous Forza’s) deeper progression in the career mode was designed to fully integrate this launch downloadable content.”

Forza Motorsport 5 launches alongside Xbox One this November.