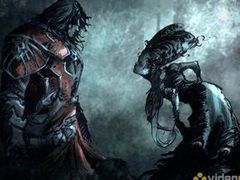 Konami has announced that the Castlevania: Lords of Shadow Reverie DLC will be released for PS3 and Xbox 360 on March 30.

The downloadable content will be available from PSN priced £6.39 and via Xbox LIVE priced 800 MS Points.

Reverie sees players return to the Castle to help Laura, the former servant to the vampire Camilla, in destroying the evil that was previously kept in check by the recently slain Queen. Players must restore balance in two brand new chapters.

Three stages are included and Konami promises a breath-taking twist to the game’s plot, segueing into the upcoming Resurrection DLC. In the final DLC, the action continues the story directly after the end of the game and gives some insight into epilogue seen by players upon completion of the game. This is said to be larger in scope than the first add-on and features a final showdown with a very notorious enemy.