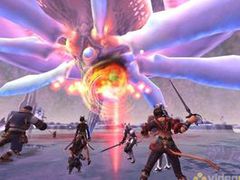 Final Fantasy XI is hitting its 10th anniversary this year and Square Enix will be celebrating with an event this June.

The event is thought to take place in the Tokyo area, according to a map on the official event website, however no exact location has been announced.

Final Fantasy XI was originally launched in North America in 2002 and has been released on PS2, PC, and Xbox 360.

It is thought the game may launch on PS Vita, as previously suggested by Square Enix producer Hiromichi Tanaka, however no obvious progress has been made.