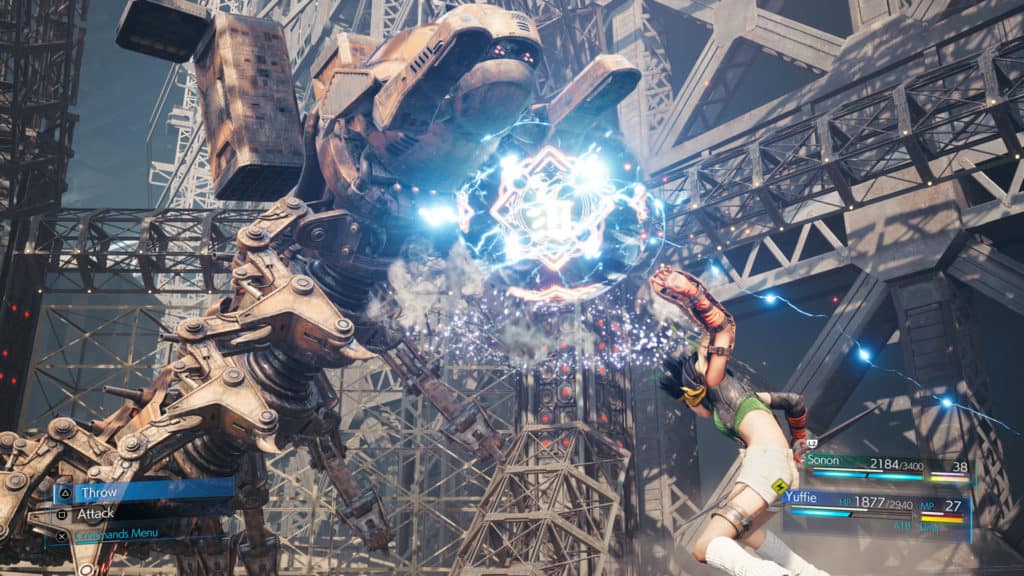 Square Enix has revealed some more details about the upcoming Yuffie episode for Final Fantasy VII Remake Intergrade, giving the new content a name, revealing the voice cast and what we can expect during Yuffie's adventure.

The episode will be formally titled "FF7R Episode INTERmission" and will have players take control of the thief as she attempts to steal the Shinra Electric Power Company's most powerful materia. She won't be alone on her quest, being backed up by additional characters Zhijie, Nayo, Billy Bob, and Polk, while this continuity's version of original Dirge of Cerberus: Final Fantasy 7 prequel character Weiss will also make their return.

Yuffie's ninja moveset meanwhile will allow her to excel in both close and long-range combat thanks to her trusty throwing stars and long-range ninjutsu skill including an Elemental Ninjutsu ability that allows her to change her attack's infinity to the elements such as fire, ice, lightning or wind. Other abilities at Yuffie's disposal include her Banishment ability which does more damage depending on how much ATB has been spent before activating it, and Windstorm which creates a damaging gust of wind.

Square Enix also took the time to clarify how FF7R Episode INTERmission will be available. It's a bit convoluted (and gets even more so when you account for digital and physical) but to sum up: if you're upgrading from the PlayStation 4 version to PlayStation 5, you'll get the Final Fantasy VII Remake Intergrade PS5 graphical & technical enhancements for free, but you'll have to buy the Yuffie episode separately. If you have the PlayStation Plus version of Final Fantasy VII: Remake from March, you won't be eligible for an upgrade from the PS4 version at all, and if you're coming in from scratch you'll be able to purchase Final Fantasy VII Remake Intergrade which will include FF7R Episode INTERmission.

If that all makes sense, Final Fantasy VII Remake Intergrade and FF7R Episode INTERmission will both be available from June 10 exclusively on the PlayStation 5.