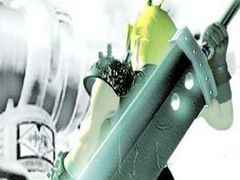 Final Symphony, a new album of Final Fantasy concert music, is now available to buy globally as a digital download.

The album is based on the sell-out Final Symphony concert tour and performed by the world-famous London Symphony Orchestra in the presence of composer Nobuo Uematsu at Abbey Road Studios.

Included on the album are new arrangements of some of Uematsu’s most beloved music from Final Fantasy VI, VII and X.

“I never imagined twenty years ago that I would be able to work with the London Symphony Orchestra,” said Uematsu. “It’s just wonderful that there are so many people who like Final Fantasy music; and to have it arranged by such incredibly talented people, Final Symphony is like a dream come true!”