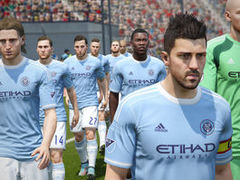 A new FIFA 16 title update is now available on PS4, Xbox One and PC which claims to address “inconsistencies in chemistry and fitness on some FUT items”.

With FIFA 17 now only months from release it seems likely the focus will move to the new game.

The title update post added: “As mentioned in our previous communication on this topic, we will be sharing information on some of the deeper mechanics of Ultimate Team as we move towards the launch of FIFA 17.”