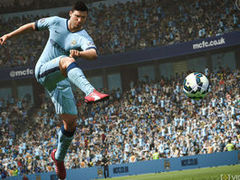 FIFA 16 is to be added to the EA Access and Origin Access Vault on April 19, EA has announced, offering subscribers unlimited access to the full game.

Its addition follows seven months after the game’s release, and just weeks after NHL 16 was added to the EA Access library.

As well as access to the full game, subscribers will also be able to unlock all of the game’s achievements and grab a 10% discount on Ultimate Team purchases.