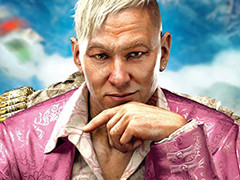 While sales figures for the game have yet to be announced by Ubisoft, Chart-Track claims that week 1 sales put it above the opening week sales of all three previous games in the series, with figures boding “well for the Q4 sales season”. Chart-Track says the game is “by far the most successful” Far Cry launch.

Far Cry 4’s success may not have come as too much of a surprise to Ubisoft, however, who previously claimed that there was a “real eagerness amongst gamers” to get their hands on the latest entry in the series.

Speaking to MCV prior to launch, Ubisoft brand manager Wayne Greenwell said that its “weekly pre-orders [for Far Cry 4] continue to track strongly and are above those of Far Cry 3, showing that Far Cry is now a brand which has caught the attention and imagination of the UK market.”