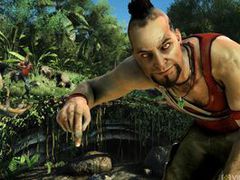 Far Cry 2 was generally very well-received by critics, earning a whopping great 9 from VideoGamer.com. That said, even the game’s biggest fans took issue with the many enemy checkpoints – the guard posts that seemed to magically restore themselves at very short intervals.

Now, Far Cry 3 lead game designer Jamie Keen has confirmed that checkpoints will return for next year’s release, but in a way that will address past issues.

Part of the problem is that Far Cry 2’s checkpoints didn’t really mesh with the rest of the world, said Keen.

“It’s really really important that you feel engaged as you are moving around and that you feel there’s a diversity there in the world – that it’s a living world. I think that was one of the bits with the checkpoints that slightly fell over – it was too much of a look behind the curtain. You move away, and then you come back and the massive, involved firefight you’ve just had is completely forgotten. They served their purpose, but again, we want to give more of a feeling of a natural world that’s going on around you, one that’s progressing with or without you around.

Another notorious feature in Far Cry 2 was the fact that your weapon could rust, occasionally jamming up in the middle of a lethal firefight. This mechanic was notably absent from the E3 demo, so we asked Keen if the degradable weapon system had definitely been ruled out.

“As of right now, no,” he replied. “Everything is on the table right now.”

If you’re one of the people who hated this kind of feature don’t despair: Ubisoft is well aware of your feelings.

“These things are very debatable, and they’re going to divide people down the middle. So I think if we’re looking, we’re going to measure them [these features] against what we’ve got in the whole game. If they pass muster, then yeah we’ll make sure they’re in there and really contributing to the game. But if not, there are going to be certain elements that might not be appropriate.”

Recently Ubisoft said Far Cry 3 will be 10 times the scale of its predecessor.