F1 2015 won't be updated to include Career Mode; Codemasters looking to reintroduce in F1 2016 - VideoGamer.com 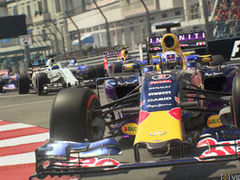 F1 2015 won’t be updated to include Career Mode; Codemasters looking to reintroduce in F1 2016

F1 2015’s missing Career Mode will not be added to the game in a future update, but Codemasters is looking to reintroduce it in next year’s game, the developer has said.

Discussing ideas for F1 2016 with Red Bull, game director Paul Jeal revealed that the team had “a number of different ideas, one I can’t share with you! It would be a brand new feature never seen before in the franchise though; we just want to make sure that if we do it, we can do it justice.

“The other two things we’ve done before. Classic content was something that was in 2013. It was a huge licensing undertaking but it’s definitely something we want to do again in the future. Career mode isn’t in 2015 – we felt like we weren’t able to put career mode to the level we wanted, so that’s something we’re also looking at.”

In Codemasters’ previous F1 games, Career Mode allowed players to create their own driver, progress through multiple seasons and join other teams based on their performances. F1 2015, however, only allows players to race through the 2014 and 2015 seasons as a named driver for their assigned team.

Jeal also admits that character models aren’t at the level he’d like them to be in this year’s game.

“There are a number of tweaks we’d like to make anyway in terms of what it looks like, too,” he continued. “I think our character models are still a certain way away from how I’d like it to look, from perhaps what the other top, top sports games look like. That’s obviously a big investment as predominantly we’re a racing company. We do the racing part, but F1 is one of those few games that bridge sports with racing.”

While Codemasters has plans to update F1 2015 throughout the season – including a ‘day zero’ patch that includes McLaren’s updated livery and 2015 wheels – Jeal warns players not to expect anything in the form of DLC.

“It’s quite a tough game to sort out downloadable content for,” he says. “The license is based on the 2015 season, and then if you want any additional tracks and cars, all of that’s extra money. It’s something we want to look at for the future – when we look at classic content, for example, or whatever else we might do.”

F1 makes its debut on PS4 and Xbox One.

F1 makes its debut on PS4 and Xbox One.