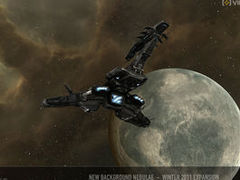 EVE Online to get string of updates before Inferno launch

Incremental changes will be made to EVE Online in the run-up to the release of Inferno this Summer, according to the MMO’s senior producer Jon Lander.

Users should expect to see improvements implemented throughout “February, March and April,” Lander states on the site’s official blog.

The firm has plans to update Concord-sanctioned warfare, and provide new ways for groups to “take advantage of these conflicts both directly and indirectly.”

Changes will also be made to factional warfare, along with usability fixes relating to avatar technology.

Additionally more “concrete steps in the link between EVE and DUST 514” will be worked on.

Lander promises further information will be revealed this March at the annual Fanfest.

“There, you will be able to get quite cozy with your favourite devs and find out the real lowdown on EVE,” he explained.

“This year, Fanfest will be at a bigger, better venue right in the social epicentre of downtown Reykjavik, allowing us to bring more EVE to Fanfest than ever before as well as some sneak previews of DUST 514, including the first-ever hands-on demo.”