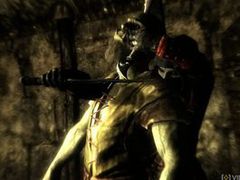 Elder Scrolls Online reveal this May?

Bethesda’s rumoured Elder Scrolls MMO will be revealed this May, according to a recent report.

Speaking to an “Industry Source”, Tom’s Guide reports the MMO will be set a millennium before the events of Skyrim.

This suggests the title will be set during the Second Era of the Elder Scrolls’ cannon. It is also said to feature three playable factions, each of which will be represented by an animal – a lion, a dragon, and possibly an eagle or a phoenix.

The Elder Scrolls Online is thought to rear its head at this year’s E3 in June.

This report follows long-running rumours that reared their head in 2007 when the firm registered the website URL elderscrollsonline.com.

The studio recently began seeking staff to work on a title on a next generation console.

There is no word on whether this hiring relates to the MMO, although it is possible Elder Scrolls Online would show on consoles as well as PC.