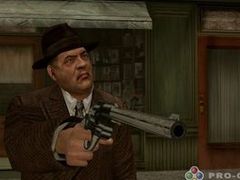 EA’s The Godfather 2 could release in early 2009

Speaking during the publisher’s investor’s conference, EA CEO John Riccitiello revealed that The Godfather 2, sequel to the hit free-roaming action title of 2006/2007, is currently on track for release at the end of 2008 or early 2009.

According to a Shaknews report, Riccitiello stated the game will be hitting stores “a few months” after the November 2008 release of Left 4 Dead.

EA is still to confirm release platforms for the sequel, but a minimum of Xbox 360, PS3 and Wii is likely.