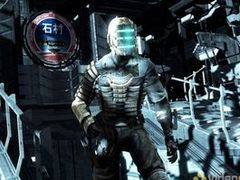 EA executive producer Glen Schofield has told gameplayer that so excited is EA about the possibilities of the Dead Space engine that it plans to license it out as middleware.

The engine began life with James Bond title From Russia with Love and later The Godfather. Shortly after EA Redwood Shores began on Dead Space and worked on the engine internally for two and a half years. According to the gameplayer report Schofield was very excited about what the engine can offer and lawyers are currently working out the legalities of naming the engine – an announcement is expected soon. Once named it’s hoped the engine will become a valuable tool for developers looking for an adaptable middleware solution.

Dead Space is scheduled for release across Europe on Xbox 360 and PS3 on October 24, with the PC version hitting stores a week later. Following that the engine will next be seen in The Godfather II when it launches in February 2009.