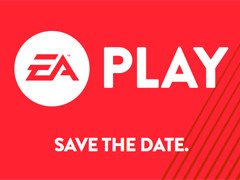 EA has announced EA Play, a brand new games event taking place this summer that invites fans in the UK and America to go hands-on with some of the publisher’s biggest games of the year.

Scheduled for London’s The Mermaid on June 12 and Los Angeles’ Club Nokia between June 12-14, EA Play will give attendees the chance to play demos of its latest games, win prizes and grab some exclusive memorabilia.

The event will also be streamed online, with a press conference due to take place from 9pm GMT on June 12. It also takes place just days before this year’s E3, so expect to see plenty of announcements and, if we’re lucky, the chance to go hands-on with this year’s Battlefield at the event itself.

[UPDATE: Multiple outlets are reporting that EA will not be attending this year’s E3, with the publisher having told Polygon that it has “released [its] booth in the South Hall” of the LA Convention Centre. EA Play, it seems, is replacing EA’s E3 attendence altogether.]

“Our players are the driving force behind everything we do,” says EA. “So this summer, we’re opening up our world to you with unique new live events in Los Angeles and London. We’ll bring the new games, we’ll bring the demos, we’ll bring the competition… and you get to go hands-on. Or join us online and immerse yourself to experience some of our biggest games of the year. Let’s live to play together.”

Choosing not to attend this year’s E3 is a major step for EA, which has typically held one of the largest booths within the show.