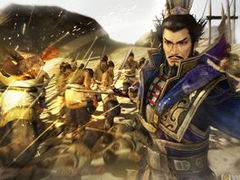 Dynasty Warriors 8 Xtreme Legends Complete Edition will release on PlayStation 4 and PlayStation Vita in Europe in spring 2014, Tecmo Koei has announced. The PS4 version had previously only been confirmed for a Japanese release.

The news was announced by Tecmo Koei community manager Chin Soon Sun and on the publisher’s official Tumblr, where it also confirmed that “new Warriors titles” would release on next-gen consoles next year.

An Xbox One version of Dynasty Warriors 8 has not yet been announced.