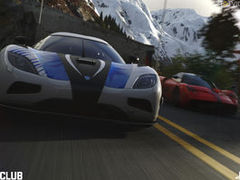 Evolution Studios plans to give away all of DriveClub’s November DLC free of charge as a means of compensation for the game’s launch issues.

Speaking in a post on Facebook, the developer said that it “continues to work diligently to resolve all of the server issues. We know you have all been extremely patient and understandably frustrated during Driveclub’s launch, and to show our appreciation for the support during this challenging time, we will be offering the premium DLC packs for November free to those who purchased the full game.

The Ignition Expansion Pack and Photo-Finish Tour Pack will each be given away along with two livery packs, giving you a total of five new cars, 22 new tour events, 10 new trophies and 10 new livery items.

These packs will launch November 25 in SCEA regions, November 26 in SCEE regions and November 27 in SCEJ regions.

To ensure Season Pass owners aren’t short-changed there will be four extra packs added in July 2015.