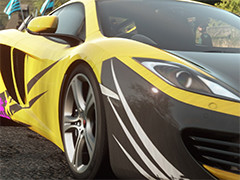 A release date for delayed PS4 racer Driveclub will be announced “shortly”, Sony has revealed, adding that the firm is “really excited” about the progress Evolution has made following the game’s last-minute set back.

Commenting on reports from earlier today highlighting that Driveclub is to miss next month’s Japanese PS4 launch, Sony told IGN:

“The team at Evolution Studios are working hard to bring Driveclub, a truly next gen driving experience to PS4 and we will announce the release date shortly. We’re really excited about how Driveclub is progressing and thank you for the patience.”

Driveclub had been due to launch alongside PS4 in November but was delayed for quality purposes. The game is expected to launch this spring.