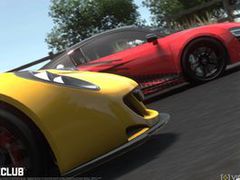 The development of DriveClub “will not be affected” by today’s layoffs at Evolution Studios, SCEE has confirmed to VideoGamer.com.

The clarification follows this morning’s report that Sony would be leading a “focused restructure” at three of its European studios – including Evolution.

An exact number of those affected by the layoffs has yet to be confirmed.

Nevertheless, DriveClub is still without a release date following its delay late last year and is technically still on track for an “early 2014” launch.