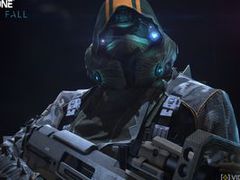 You’ve probably already seen footage of Killzone: Shadow Fall, but compression and limitations of internet video has meant the graphical fidelity and fluidity has been lost.

Thankfully, developer Guerrilla Games has released a full 1080p and 60 frames per second multiplayer gameplay video with only light compression, presenting the game almost as if you were actually playing it.

The developer recommends you watch the video in Windows Media Player for Windows and QuickTime Player for Mac users. A player such as VLC isn’t recommended because the lack of acceleration means you’ll likely experience choppy playback.

The gameplay has been captured from a multiplayer match on “The Park”, based on one of the environments in the single-player campaign.

You can download the Killzone: Shadow Fall video here.