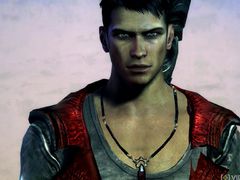 The PS4 and Xbox One release of DmC: Devil May Cry Definitive Edition has been brought forward by one week to March 10, 2015, Capcom has announced.

Available digitally and at retail for £29.99, the Definitive Edition features the original game and all previously-released DLC, including the Vergil’s Downfall campaign, a new wave-based Vergil’s Bloody Palace mode and new costumes inspired by each character’s original look.

There’s also the promise of rebalanced combat, a new manual lock-on option and hardcore difficulty modes for those looking for a more punishing experience. A Turbo Mode will also be included that ramps up the speed of the gameplay by 20 per cent.

DmC’s release will be followed in the summer by Devil May Cry 4: Special Edition on PS4 and Xbox One. Look out for details in the coming months.