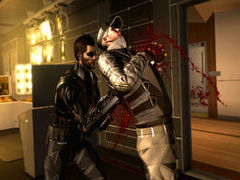 Deus Ex: Human Revolution, the shooter-RPG hybrid from Square Enix, has seen considerable success in the UK charts, ending up as the second best-selling game in August.

The feat is all the more impressive when you consider that it achieved this having only been on sale for 48 hours of UKIE Gfk ChartTrack’s August tracking period, which takes into account only games on sale from July 31 – August 27.

Unsurprisingly, Zumba Fitness took the top spot, having been the best-selling title for three of the four weeks in the month.

The chart in full can be seen below.

3: LEGO Pirates of the Caribbean (Disney)