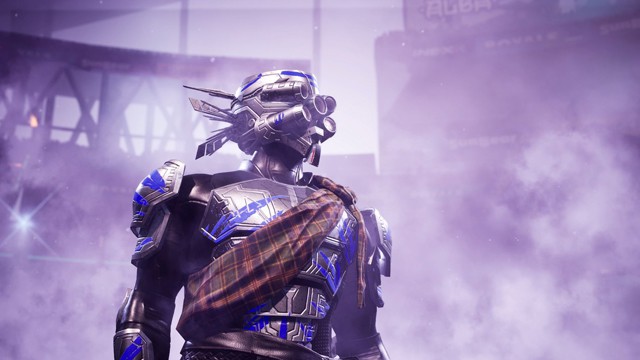 Developer Lucid Games has unveiled the full details on what's coming in the first proper season of motorised arena mayhem game Destruction AllStars, and dropped a new trailer to hype it up.

Entitled Hotshots, Season One's biggest introduction will be the first new AllStar character known as Alba. Described as a veteran of the competition who's spent several years away, she hails from Scotland and her abilities include Character Breaker which summon blockers in the arena and provide further obstacles for players to avoid in the arena. Meanwhile, her vehicle is known as Claymore, and instead of a slam employs a laser that sweeps and damages other competitors in an area-of-effect manner.

Also arriving midway through Season One will be brand new gamemode Blitz, that's described as an "evolution" of Mayhem but more intense and condensed, with teams tasked to reach a set score to win a round. Between rounds, you'll have to pick a different AllStar each round, but your Character Ability and Hero Vehicle energy will carry over from the previous round. That'll be arriving around June with more info promised closer to the event. In addition, a Photo Mode is set to be added to the game "a few weeks after the launch of Season One" for all single-player modes.

Finally, a major new addition will be the AllStar Pass, which will comprise of a huge collection of cosmetic awards for you to earn when playing online. You'll be able to progress the pass by earning Season Pass and be able to earn bonus points by completing Seasonal Challenges and Sponsor Challenges. The AllStar Pass will have 100 tiers to unlock, and as you're probably expecting by now with both a free and Premium tier with the latter purchased for 1000 Destruction Points.

Check out the trailer for yourself below. Season One: Hotshots lands in Destruction AllStars on PlayStation 5 next week, on May 5.