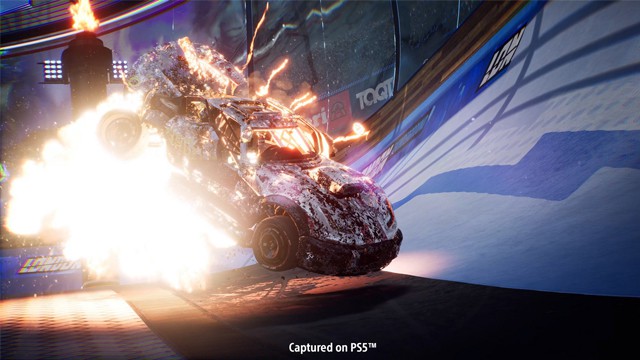 Madcap destruction derby game Destruction AllStars has recieved an in-depth deep dive video ahead of its launch on PlayStation 5 next week.

Hosted by developer Lucid Games' game director Colin Berry, the video takes a look at both the game's singleplayer and online multiplayer gametypes. Players will be able to get behind the wheel of one of three main vehicle types, including ones focused on Speed, one focused on Agility and the tough-as-nails Heavy vehicles.

Naturally your choice of driver in the form of the game's Heroes will also be a huge factor, with each character having their own heroic ability that can be activated both on foot and in their car and a Hero Mode they can go into that allows them to double jump and run around the arena while on foot.

You can check out the entire seven-and-a-half video with plenty of gameplay in it for yourself below. Destruction AllStars is scheduled for launch exclusively on PlayStation 5 next week, on February 2 and it will be completely free of charge on launch for PlayStation Plus subscribers for its first two months.