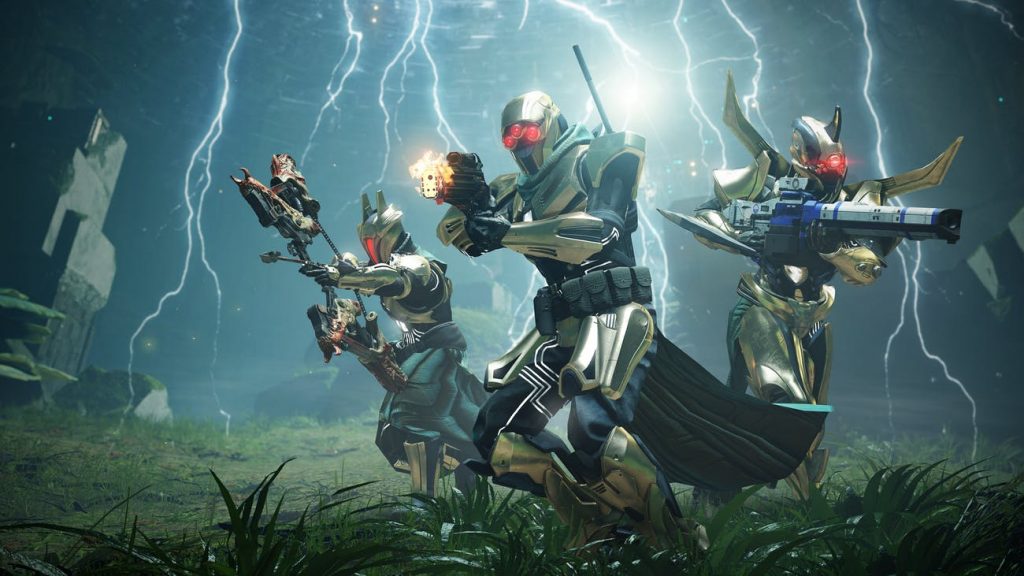 Destiny could become an ‘evolving world’ with never-ending narratives

Bungie’s ambitions for Destiny include an ‘evolving world’ in which its narratives will extend into new expansions for Destiny 2 and potentially link to Destiny 3 (via GameSpot).

In January 2019, Bungie and publisher Activision in parted ways before their ten-year partnership was set to expire. Activision announced that the developer would ‘assume full publishing rights and responsibilities for the Destiny franchise’, while Activision would now be focusing on its own direction. Bungie is aiming to be ‘one of the world’s best entertainment companies’ within the next five years, so it’s quite important that the expansion Shadowkeep and the revamp New Light do well.

Bungie design director Victoria Dollbaum spoke to GameSpot and explained how Shadowkeep and New Light focus on a feeling of togetherness. ‘Since we're trying to move towards an evolving world, we want you to come into the present, not the past,’ she said. Shadowkeep is the fourth expansion for Destiny 2, so it’s already surpassed the number of expansions given to Destiny. However, future updates may not always be packaged in the recognisable, standard formula that new and old players have come accustomed to.

‘We have plans for Destiny as far as the stories we want to tell, whether that means it's a release like Shadowkeep or Destiny 3,’ Dollbaum revealed, though she couldn’t go into too much detail. ‘We don't have specific plans for any of those things. But we know the story that we want to tell, and we know where we need to go. We're just going to continue to deliver you guys content that is like Shadowkeep and the seasons following. What form that takes can change.’

Regarding the central themes and storylines of the Destiny series, the developer is adamant that ‘the world is not going away’ any time soon. ‘There are always stories continuing. There's no hard end point where we're like, “We're done with telling the story of Destiny,”’ Dollbaum said. ‘We know the threads of the stories we need to tell. And then where they go from that, some of them could end, some of them could keep going.’

It’s a vague description, but Bungie now has the opportunity to be flexible and to experiment with the future of its franchise. The challenges of self-publishing manifested soon after the split from Activision and Dollbaum said, ‘the pressure is just kind of increased because we have high expectations for ourselves, especially now that we're independent.’ But that isn’t to say that the developer isn’t feeling confident. ‘There's a lot of pressure to build an awesome game that everybody's going to like, and I think we see that in Shadowkeep,’ she added.

For now, Bungie is addressing its aims for Destiny 2 and making it the best game it can possibly be. It will be improving ‘those RPG customisable elements’, such as the artifact and Armor 2.0 system, and ensuring players’ builds will become unique to their own approach and style. ‘It's about creating a world that evolves alongside you, so the actions that you are doing are what lead us into the next season, to the next story,’ Dollbaum concluded.

Destiny 2, its expansion Shadowkeep, and New Light are out now on PS4, Xbox One, and PC.