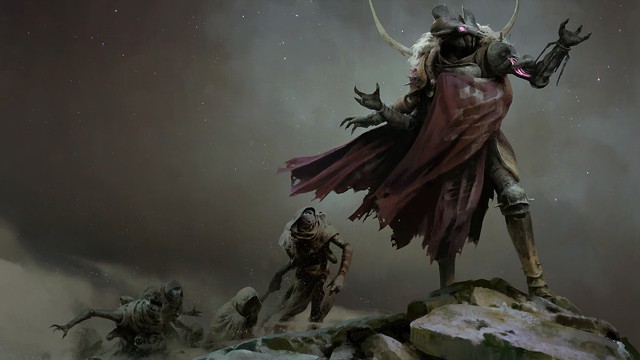 Bungie has taken the lid off the next season of content for Destiny 2, which will see Guardians saving the Last City from the endless darkness of the Vex and returning to arguably the series' most famous raid: the Vault of Glass.

The Season of the Splicer, as it will be known, will run from May 11 through August 24 and see Guardians forced to team up with Mithrax to learn the ways of the Sacred Splicer. Players will be able to take part in the Override matchmaking activity to uncover secrets, hack the Vex simulation and steal code to bring the light back to the Last City.

From May 22, meanwhile, the famous Vault of Glass raid will re-open, and challenge Guardians old and new to navigate fractures in time and space in order to shut down the Vex known as Atheon, Time's Conflux. The raid won't be exactly as you remember it, as promised are many quality-of-life changes to bring it in line with Destiny 2 as it stands today, with Bungie also promising "new challenges and triumphs and some old favourites waiting to be discovered."

Elsewhere, the season will bring along Armour Synthesis allowing you to transmogrify equipment to make a Universal Ornament, and Season Pass holders will also get the Exotic Stasis Sidearm Crysthesia 77K pistol and plenty of other Universal Ornaments, XP boosts and more. You can check out more information on the Destiny website over here.

Check out the trailer below, and Season of the Splicer kicks off in Destiny 2 from May 11 through to August 24 on Xbox Series X|S, Xbox One, PlayStation 5, PlayStation 4, Google Stadia and PC.