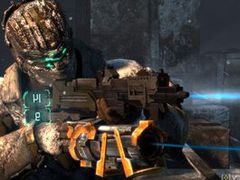 The figure was announced during EA’s Investor Relations call last night, where it was also revealed that Battlefield 4 would release during FY14 and Star Wars: The Old Republic would be going free-to-play.

The figure is based on pre-sales from the equivalent time-period in 2010.

Dead Space 3 has attracted criticism from some consumers for its apparent focus on action-packed co-op shooting.

Gibeau, however, doesn’t see it that way.

“We believe the new co-op gameplay feature is attracting a lot of attention and a broader audience,” he said.

But Dead Space 3 isn’t the only EA game tracking higher than its predecessor.

Crysis 3 pre-orders “are roughly three-times what they were for Crysis 2, at this time in 2010,” EA confirmed.