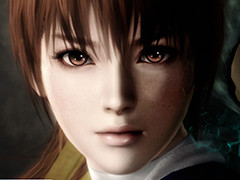 Dead or Alive 5: Last Round will run at 1080p/60fps on both PS4 and Xbox One, Koei Tecmo has confirmed to VideoGamer.com.

Alongside the resolution bump, the next-gen remaster of the 2012 fighter also promises to deliver “breathtaking enhanced graphics” and brand new content over the original release, with over 300 costumes included on the disc.

If you’ve bought any DLC for the original game, you’ll be able to transfer that over to the PS4 and Xbox One versions, too.