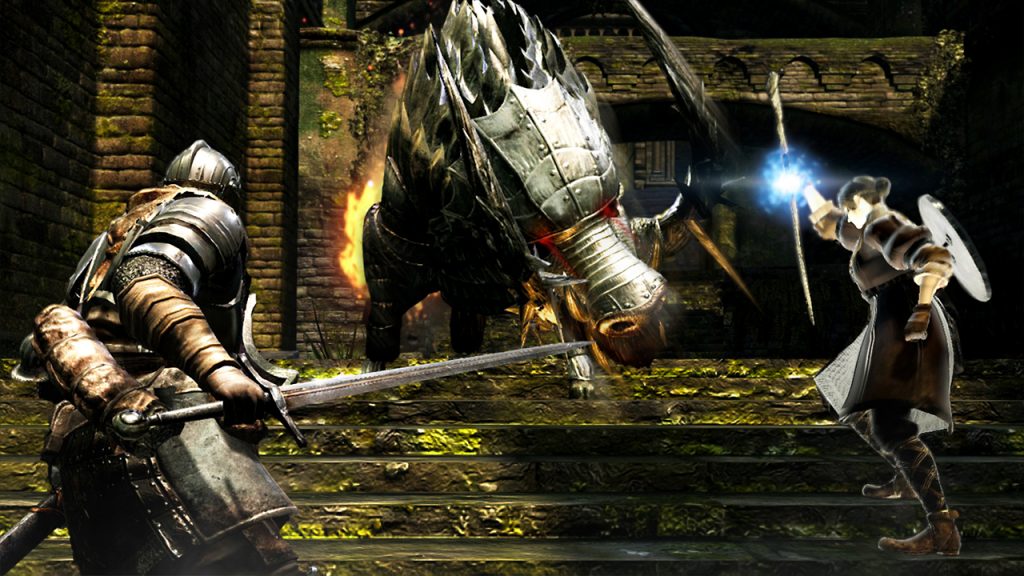 If you're looking for a pick-me-up this morning, it's probably not really a good idea to watch the launch trailer for From Software's death-obsessed actioner Dark Souls Remastered. It's a bit on the gloomy side.

The spruced up version of the 2011 action-RPG hits PlayStation 4, PC, and Xbox One tomorrow, complete with a 1080p visual makeover and buttery-smooth 60fps.

In case you didn't play the original, Dark Souls is a game where you'll die. A lot. And the game makes no apologies for it either; it'll kick your arse, and love every second of it. But there's also a great sense of accomplishment to be had when you finally crack it, and that's what makes it such a winning formula.

Dark Souls Remastered is also due to launch for Nintendo Switch, but won't arrive until later in the year.