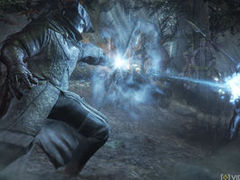 Dark Souls 3 sold almost three times as many physical units on PS4 than Xbox One during its opening week in the UK, according to figures revealed by GFK Chart Track.

71% of the game’s launch week sales were on PS4, GFK says, with Xbox One managing just 26%. The physical PC version accounted for 3%. The figures do not account for units sold digitally.

Total sales figures for the game have yet to be revealed by Bandai Namco, although GFK notes that Dark Souls 3 is the fastest-selling game in the series so far, with physical launch week sales 61% higher than previous record-holder Dark Souls 2.

Dark Souls 3 launched on PS4, Xbox One and PC last Tuesday, April 12, shooting straight to the top of the UK All-Formats Charts.

You can buy Dark Souls 3 now from Amazon.