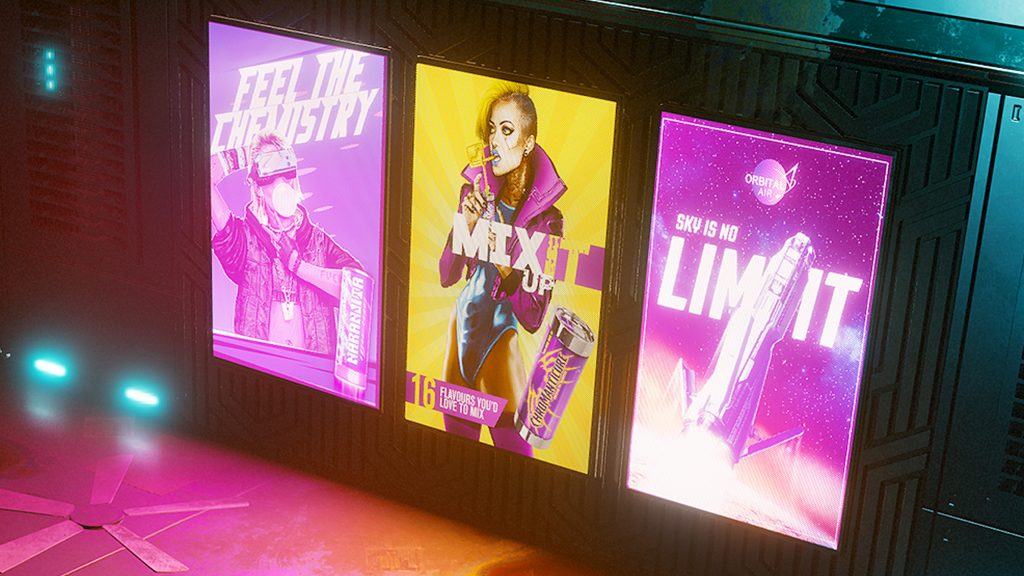 Recently, it was announced that Nvidia and CD Projekt Red have partnered up to bring real-time ray tracing to Cyberpunk 2077. An in-game advert in one of the screenshots used to show off the technology sparked some controversy, though.

As you can see above, an ad for a soft drink called ChroManticore shows a female figure with a penis, as well as the tagline, 'mix it up.' Given CD Projekt Red's past of making jokes at the expense of the trans community, on more than one occasion, many were understandably concerned that the Polish developer was once again being transphobic.

The art director and woman responsible for the image, Kasia Redesiuk, told Polygon that the image is meant to feel jarring, and likened the sexualised image of the woman to modern day marketing by large companies. 'Cyberpunk 2077 is a dystopian future where megacorporations dictate everything. They try to, and successfully, influence people’s lives,' Redesiuk said.

Redesiuk said the intention was never to offend anyone. 'However, with this image of an oversexualized person, we did want to show how oversexualization of people is bad. And that’s it.'

Redesiuk also spoke to Eurogamer, and told them that the image 'was meant to make people feel uncomfortable. Not because they're seeing someone with breasts and a penis, but because the body is being exploited. I didn't slap the penis there for people to laugh about it. There is a beautiful body there being used to sell soda.'