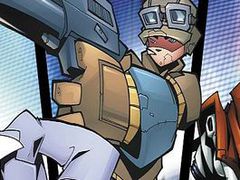 Crytek would consider releasing HD versions of its TimeSplitters series if a petition for an HD Collection reaches 300,000 signatures, CEO Cevat Yerli has suggested.

“There’s a very hardcore market that is very verbal about [a TimeSplitters HD Collection],” Yerli told Game Informer. “I would love to see this, and if the fan base approves a further petition. They’re trying to call 300,000 voices, I think it’s at two or three thousand right now.”

The current amount of signatures the petition has attracted, Yerli says, “doesn’t look that convincing”. But, “if the petition picks up it will be an even better argument for us.”

“If they could get the petition together I would be very happy to put in front of decision makers in the company, the key stakeholders, and say “‘Look here. This is how it is, let’s make it now.'”

Sound good? Head through to the petition to show your support.

Rumours of HD re-releases of the TimeSplitters series have frequently hit the headlines.

Last month, a former Free Radical employee said that an HD version of TimeSplitters 2, considered by many to be the best in the series, was in development four years ago.

“I don’t know what happened to that but yes, I’d love to see it released at some point,” he added. “Maybe it could be the catalyst that is required in order to raise enough interest in TimeSplitters 4 that a publisher might want to fund it.”

TimeSplitters was developed by UK studio Free Radical, which was acquired by Crytek following the company’s implosion in 2009.