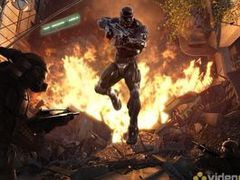 Rumours of a DirectX 11 patch for Crysis 2 have been spiralling out of control, with some reports suggesting an update would arrive today. Crytek has now stated that “no patch was ever confirmed”.

In a post on MyCrysis, Crytek community manager Cry-Tom addressed the rumours.

“No patch was ever confirmed, I have no idea why this website even posted such information,” read the post. “This thread is locked just the same as the others for trying to spread inaccurate information. When there are any big announcements regarding Crysis 2 they will be posted on MyCrysis, if you read something about a patch for example, but don’t see it on MyCrysis.com, then it isn’t genuine.”

Crysis 2 was released for Xbox 360, PS3 and PC last week. We scored the game an impressive 9/10. See it in action in our video review.