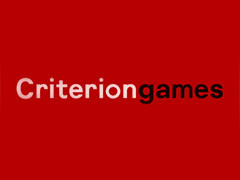 Criterion is showing off its new game behind closed doors

Criterion has begun showing off its upcoming ‘Beyond Cars’ project behind closed doors.

Teasing the early look on Twitter earlier today, Criterion revealed that AFC Wimbledon striker Adebayo Akinfenwa had been invited down to the studio yesterday, where he “went full-on Beast Mode in #beyondcars”.

“Massive S/O [shout out] to @CriterionGames for showing me a straight #BMO time & showing me some top secret stuff”, Akinfenwa tweeted in response, after telling producer Steve Cuss that it was his “pleasure” visiting the studio.

Criterion revealed its new project back at E3 2014, although nothing has been seen of it since. At the time, the game was believed to be an open-world extreme sports racer featuring planes, helicopters, ATVs and dirt bikes, and was described by general manager Matt Webster as taking the spirit of Criterion’s earlier games “beyond cars”.

“If you know anything about Criterion and you add multiple vehicles to that, then that gets you on a great starting point,” Webster told us almost two years ago. “If you take that spirit beyond cars… going on that through line is an awesome starting point.”

A release date, platforms and name for the game have yet to be confirmed, although we wouldn’t bet against a full reveal at EA’s ‘EA Play’ event this June.