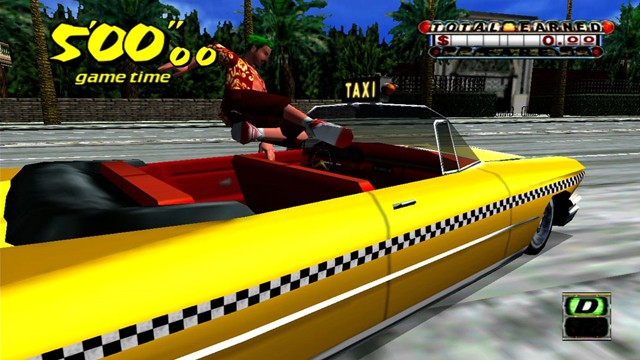 Rumours are abound that Sega is working on “big-budget” reboots of both Crazy Taxi and Jet Set Radio.

That’s according to Bloomberg, who are citing people familiar with the Japanese publisher’s plans. They say these new iterations will be both free-to-play and part of Sega’s ‘Super Game initiative’ previously announced last year. Apparently, the company is looking to Fortnite as a blueprint for the business model for the games.

As per Bloomberg’s report, the new Crazy Taxi has already been in development for over a year. Apparently, the aim is to release it within two to three years. However, both Crazy Taxi and the supposed Jet Set Radio project are still both early enough in development that they could be cancelled at any time. So make of that what you will. Sega are yet to comment on the rumour at the time of writing.

Sega had previously announced its ‘Super Game initiative’ last year, when it announced a strategic alliance with Microsoft. This didn’t mean an exclusivity deal with Xbox, however, rather the former would be working with the latter’s Azure cloud platform. At the time, the press release said the partnership would allow Sega to “produce large-scale, global games in a next-generation development environment”.

Bloomberg also note that both Crazy Taxi & Jet Set Radio were mentioned in Sega Sammy’s March 2021 annual financial report. Specifically, as examples of the company’s older IP that could be ripe for remasters, remakes or reboots (see page 52). We’ll have to wait and see if these latest rumours end up bearing any fruit.  If we do hear more, we’ll let you know.

As an ex-Sega boi I’ve often thought Sega should make more use of their strong IPs. Not like this, though.